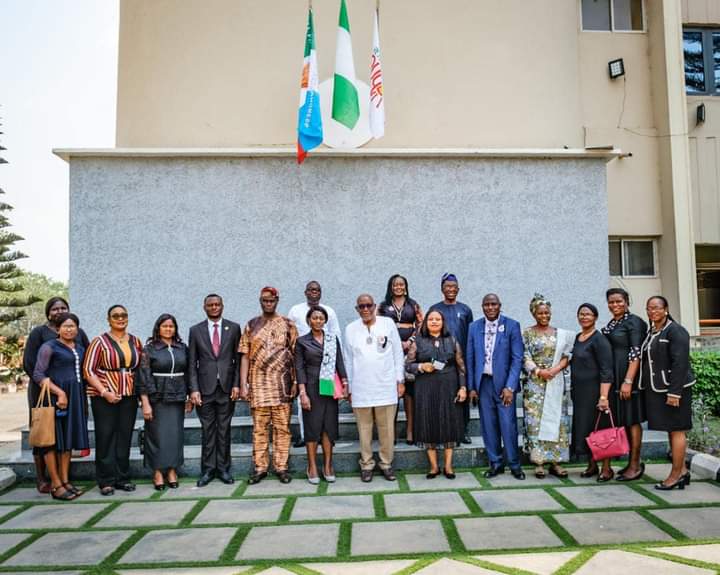 Ondo State Governor, Arakunrin Oluwarotimi Akeredolu, SAN, has charged members and leadership of the International Federation of Women Lawyers (FIDA) to make their impacts felt across the country.

Governor Akeredolu particularly challenged the group to always be at the forefront of advocacy against violence against women and girl child in the society.

Governor Akeredolu who called on the women Lawyers to address the menace of rape and other violence against women that have pervaded the society, also promised that his administration will continue to give priority to gender base issues for the betterment of the society.

The Governor spoke on Tuesday in his office while receiving on courtesy visit, members of the International Federation of Women Lawyers (FIDA) led by the state Chairperson, Catherine Ogunjebi.

While urging the group to be at the forefront of advocacy against rising cases of violence against women and girl child and other matters affecting the women in the country, Governor Akeredolu further encouraged the members to get more people involved in their stakeholders’ engagement for more positive impacts.

Earlier, the state Chairperson of FIDA Catherine Ogunjebi, appreciated Governor Akeredolu for signing into law, Violence Against Persons Prohibition Law (VAPP) 2021, describing the development as a landmark victory for FIDA in the state and Nigeria as a whole.