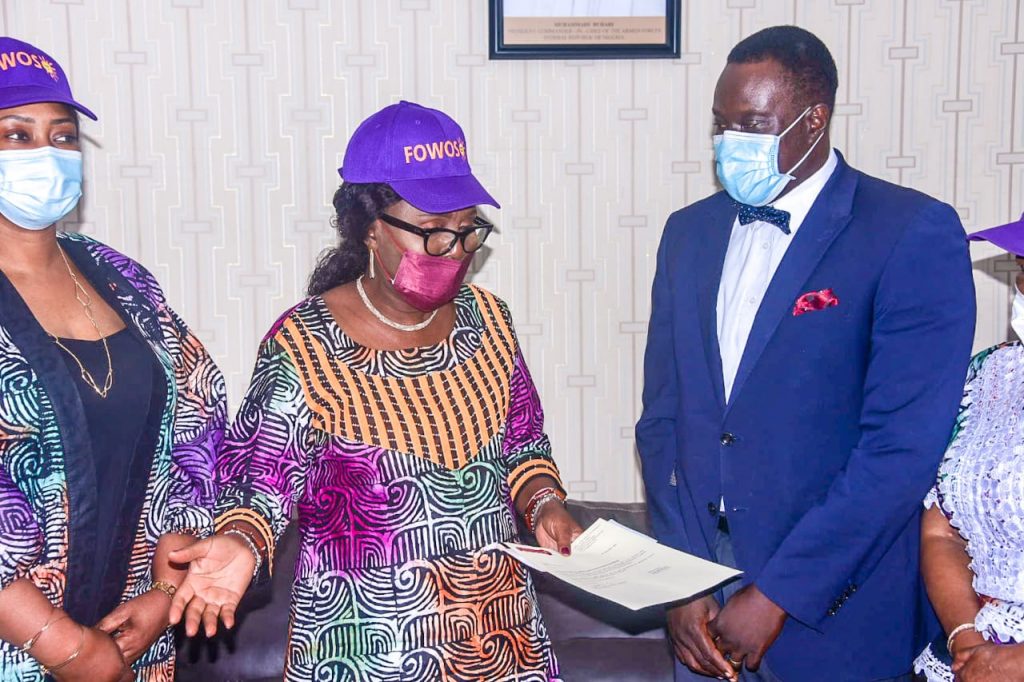 The Foundation for Wives of Ondo State Officials and Female Political Appointees, FOWOSO, has championed the establishment of a Population Based Cancer Registry in the University of Medical Science Teaching Hospital, UNIMEDTH, and donated needed equipment for its take-off.

The gesture was extended to the Federal Medical Centre, Owo, as the Foundation also donated equipment to the cancer unit of the hospital.

At the formal presentation of the items to representatives of these hospitals today in the First Lady’s office, Government house Alagbaka, Akure, the state capital, the Wife of the State Governor and Founder of FOWOSO, Chief (Mrs) Betty Anyanwu-Akeredolu, explained that the development was geared towards producing cancer statistics in the state, noting that ‘data is component in cancer control’ 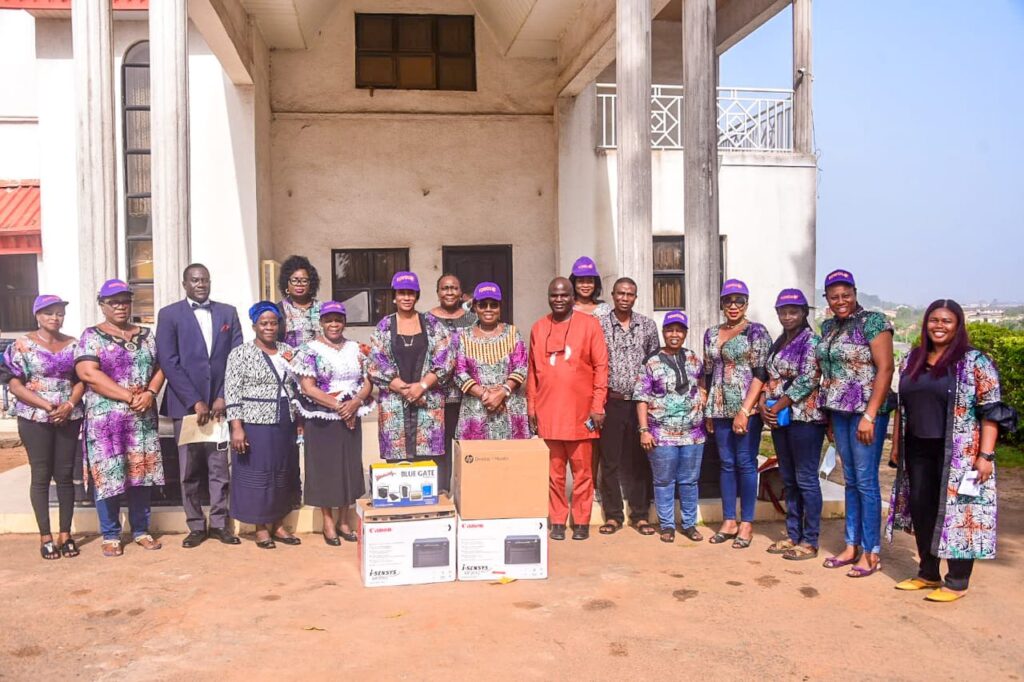 The FOWOSO Founder, who disclosed that she got the idea as a participant in a cancer conference, said she realized that establishing cancer registry was a low-hanging fruit that the FOWOSO could handle, as part of its establishment’s objectives, hence, the members saw it as a welcome development.

she said, “We identify with cancer control in this state, all types of cancer but you know we are very much concerned about those ones affecting women, breast and cervical; with this you will be able to collect the data we need and then we plan well, making sure that we reduce cancer to a bare minimum”.

According to her, contributing to the development of the state was pertinent to FOWOSO’s vision, and emphasised the need for its members to be associated with things that would make a difference in the lives of Ondo State residents; citing the Committee of Wives of Lagos State Officials, COWLSO, as a reference point of women’s group that had carried out numerous developmental projects for the betterment of the people. 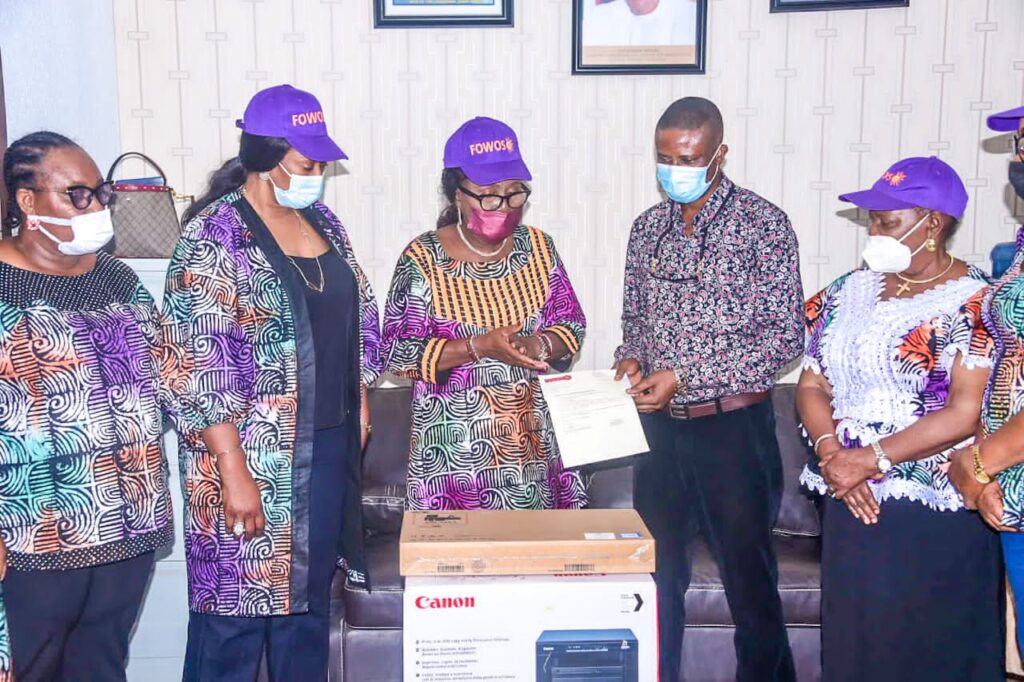 Mrs. Akeredolu who is also the founder of the Breast Cancer Association of Nigeria, BRECAN, hinted that, for Nigeria to have cancer statistics as witnessed in the United States, it must start from the States level, while stating that data collected from each state of the federation would form cancer statistics for the country.

Responding to the gesture, Dr. Femi Ariyin who received on behalf of the Federal Medical Centre, Owo, described the initiative as a right step in a right decision, noting that government couldn’t formulate policy on cancer treatment with inadequate data.

The FMC’s Director of Cancer Registry and Head of the histopathology department, attested to the efforts of Mrs. Akeredolu in the fight against cancer with her support for the hospital, saying, “I want to say that as regard to cancer control, you have taken a very big stride and we’re getting close to it”. 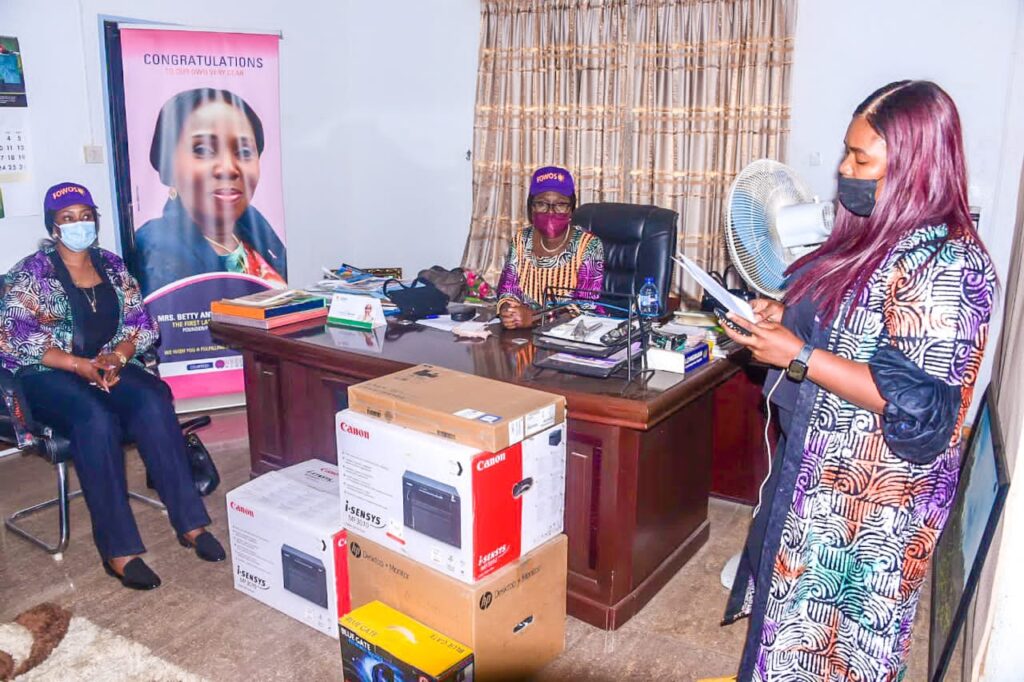 Also reacting to the gesture, the Director of Public Health, Ondo State Ministry of Health, Dr. Richard Adesoji, commended the First Lady’s commitment to the fight against cancer; he disclosed that she gingered the Ministry to have budget line for cancer and now it’s included in the annual budget.

He affirmed that this step taken by FOWOSO was first in the history of the state to have Population Based Cancer Registry in the hospitals, and therefore, urged the beneficiaries to make good use of the items in order to encourage the donor to do more.