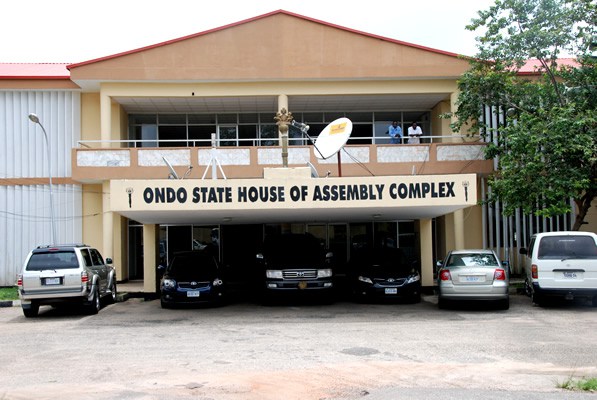 The Ondo State Government is to spend One Hundred and Ninety One Billion, Six Hundred and Thirty Eight Million, Three Hundred and Eighty-Seven Thousand Naira (N191,038,387,000.00k) in the 2022 fiscal year.

This is contained in the year 2022 Budget Speech presented to the House of Assembly on Tuesday, by the Governor, Arakunrin Oluwarotimi Odunayo Akeredolu, SAN.

Presenting the budget tagged “Budget of Economic Re-Engineering’, Governor Akeredolu who was represented by the Commissioner for Finance Mr Wale Akinterinwa said the projections in the budget document were predicated on the assumptions contained in the 2022 Federal Government, 2022-2024 Medium Term Expenditure Framework (MTEF).

These include indices like crude oil production and benchmark price, Inflation rate, gross domestic product (GDP) amongst others.

According to the Governor, the budget among others intends to grow independent revenue and improve the state’s fiscal profile, consolidate on the development of infrastructure, empower youths, artisans, farmers, market women and sustain the peace being enjoyed in the state.

It is also the policy thrust of government in the next fiscal year to create rural economy and enhance community development; create efficiency in personnel and overhead expenditure as well as debt service costs and improve health care delivery system to combat the spread of COVID-19 and other dreadful diseases in the state.

The Governor thanked the Lawmakers for their unwavering support for his administration which he said has provided the right atmosphere for continuing reforms that would engender inclusive growth and development of the state.

He solicited further partnership that would foster smooth and efficient running of government in the light of economic challenges that call for more discipline and probity.

While receiving the budget, the Speaker of the House, Rt. Honourable (Prophet) Oleyelogun Bamidele David pledged an unwavering support for the Executive arm of government saying, it would foster delivery of democracy dividends to the people.

Oleyelogun commended the Governor for bringing the appropriation bill to the House early, adding that it would give room for proper scrutiny and facilitate unhindered delivery of government projects and accelerate development of the state and the people.

Chairman, House Committee on Finance and Appropriation Honourable Sunday Olajide expressed the hope that the year 2022 budget would take care of autonomy for the Legislative and Judicial arms of government.

While saying the thrusts of the budget are good enough to reposition the economy of the State, Olajide promised proper scrutiny and commitment to enhance smooth and quick passage of the bill into law.

In another development, the House on Tuesday at plenary confirmed the the appointment of Justice Williams Akintoroye as Chief Judge of Ondo State.

While presenting the report of the Selection Committee to the House at plenary, the Deputy Speaker, Rt. Hon. (Rev.) Aderoboye Samuel said Justice Akintoroye posseses the required academic qualifications, experience and charisma needed to function in the capacity of Chief Judge of Ondo State.

He added that Justice Akintoroye is physically, mentally and emotionally stable and to function in his new assignment and therefore called for confirmation of his appointment by the House.

Speaking, the Rt Honourable Speaker, Oleyelogun Bamidele David noted that the position of a Chief Judge demands sacrifice and absolute responsibility as epitomised by Justice Akintoroye.

Oleyelogun described Justice Akintoroye as a meticulous Jurist as shown by landmark judgements he delivered in the past.

The Speaker expressed the hope that the confirmation of his appointment would bring honour to the bench in Ondo State and beyond..

The newly confirmed Chief Judge thanked the Lawmakers for the confidence reposed in him as he promised to discharge his assignment with all sense of responsibility without prejudice.

Justice Akintoroye was appointed as a Judge of the High Court in the Ondo State Judiciary in the year 2002.

He had since served in various capacities on the bench.