Why I Picked Aiyedatiwa As My Deputy – Akeredolu 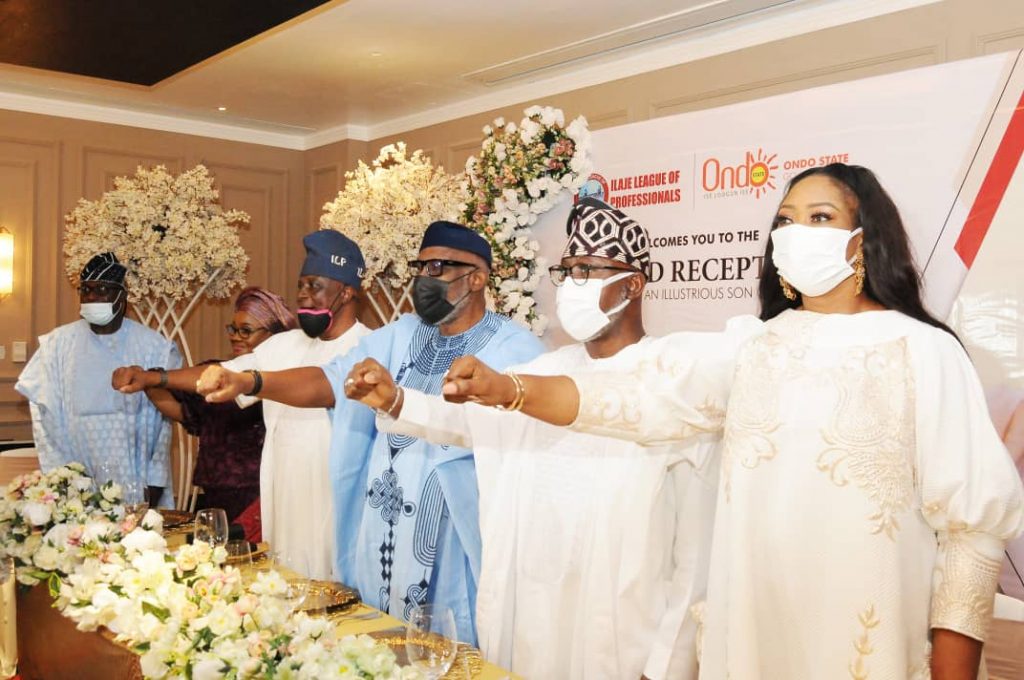 Ondo State Governor, Arakunrin Oluwarotimi Akeredolu, SAN, on Saturday, disclosed that hardwork and loyalty were the main reasons behind his choice of Hon. Lucky Aiyedatiwa as his running mate in the October 10, 2020 governorship election in the state.

Governor Akeredolu said Aiyedatiwa has also displayed unreserved commitment and support to his political aspirations from the beginning.

The Governor who was a Special Guest of Honour at a Grand Reception organised in honour of the Deputy Governor by the Ilaje League of Professionals, ILP, described the reception as important.

He urged members of the group to always keep eagle eyes on the Deputy Governor not to derail but remain focused.

Arakunrin Akeredolu used the opportunity to assure the people of his administration’s commitment to continue to pursue polices and programmes that will accelerate the development of the state.

He disclosed that efforts are being intensified to ensure that electricity supply is restored to the Southern part of the state.

The Governor said:”We are doing our outmost on restoring electricity supply to the South. I must acknowledge the efforts of your Chairman, Chief Benson Obayelu, Engr Ife Oyedele at completing the electricity project by NDDC in your area.

“We brought the Interim Administrator of NDDC to the project site and they promised to release the needed funds for the completion of the project. Unfortunately they are yet to fulfill their promise

“It was in view of our concerns for our people in the area that we have embarked on the construction of mini- grid thermal stations to provide electricity for people in the affected areas”, He said.

Governor Akeredolu who used the occasion to reiterate the commitment of his administration to getting through the Port Ondo project however expressed concerns that the expected approval for Port Declaration for Port Ondo has not been given despite having submitted its Business Case Outline .

In his welcome address, the Chairman of Ijale League of Professionals, Chief Benson Obayelu, appreciated Governor Akeredolu for making a choice of an Ilaje man as the Deputy Governor .

“This grand reception in honour of a great ILAJE son in the new Deputy Governor of Ondo State has been put together by Ilaje League of Professionals and this could not have come at a better time.

“Foremost, this is the very first time in the 45 years history of Ondo State that the Ilaje linguistic group has produced the Deputy Governor. The vast expanse of Ilaje land with its abundant resources has never had the fortune of having any of its own this close to the corridors of power in the state.

“We would thus like to commend Mr. Governor for beaming his ray of light in this most deserving direction. We appreciate this gesture of Mr. Governor and sincerely want to applaud this.Thank you sir”, the Chairman said.