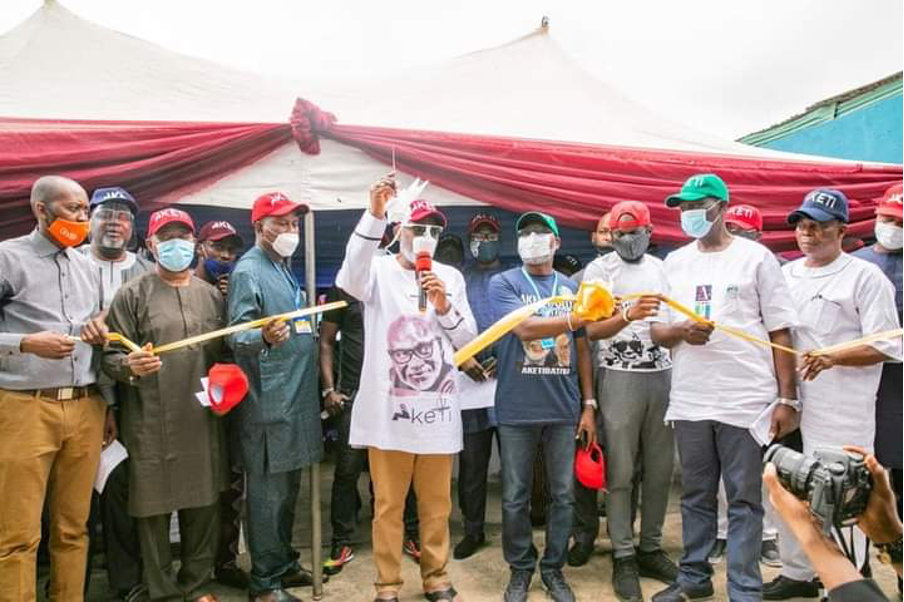 Ondo State Governor, Arakunrin Oluwarotimi Akeredolu SAN, has assured that it will be total victory for him and the All Progressives Congress (APC) in the October 10, gubernatorial poll in the state.

The Governor described his re-election bid as God’s own project, saying that God is with him in the race.

Governor Akeredolu spoke on Wednesday at the inauguration of the secretariat of the Pentagon Movement Group (PMG) led by its National Coordinator, Mr. Babajide Akeredolu and the Ondo State coordinator, Mr. Lulu Fawehinmi.

The Governor, who said the PMG has done greater things, commended the group for its activities in the area of mobilization and others.

He said: ”You are doing great things. Greater things than we have done. You are the future of this country. The future of this party. When I was told that you were able to get 10 buses for your campaigns, I was shocked.

”But I later got to know that you hired them and branded them and it comes cheaper. That’s great thinking. And that is why i said you are doing greater things than us.

Governor Akeredolu charged the digital canvassers under the PMG to go all out and reach every platform to engage the people on the need for continuity.
He said: ”Our digital canvassers must reach out to everyone and reach out to all platforms you can. A number of people on the internet are there to attack us, it means you are working. People will come up with lies , don’t be perturbed. We need to work , we must put in our strength.

Earlier, the state coordinator, Fawehinmi, introduced members of the various units and wings of the group to the governor.

The students wing, entertainment wing and the digital canvassers were inaugurated by the Chairman of the APC in the state, Engr. Ade Adetimehin.