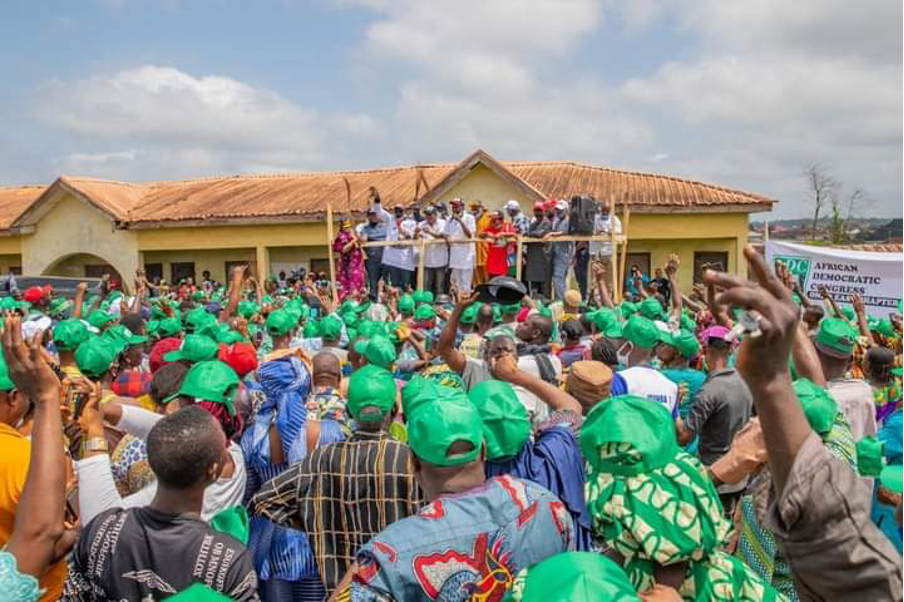 The African Democratic Congress (ADC) in Ondo West and East Federal constituency has collapsed its structure into the All Progressives Congress (APC).

The ADC led by Wale Akinlosotu and Dr. Obama, joined the APC with all its twenty -two Ward chairmen and the Fifty-four local government executive member in Ondo West and East.

Akinlosotu and Obama said the decision to collapse the ADC into the APC was for the smooth re-election of Governor Oluwarotimi Akeredolu SAN, who they described as a performer.

They assured that the people of Ondo East and Ondo West are solidly behind Governor Akeredolu and will re-elect him for another term in Office.

The ADC members were received into the APC by the party chairman, Engr. Ade Adetimehin who handed them over to the leader of the party, Governor Akeredolu.

Engr. Adetimehin said out of the three political parties in Ondo town, two have now joined forces to emerge victorious in the forthcoming governorship election.

“There are three political parties in Ondo town. The APC, ADC and ZLP. But today, ADC is declaring support for the APC. We are one. This shows that no one can beat the APC in Ondo town.”

Governor Akeredolu said the APC is getting stronger by the day, adding that the continuous support of the people for the APC was an assurance of victory.